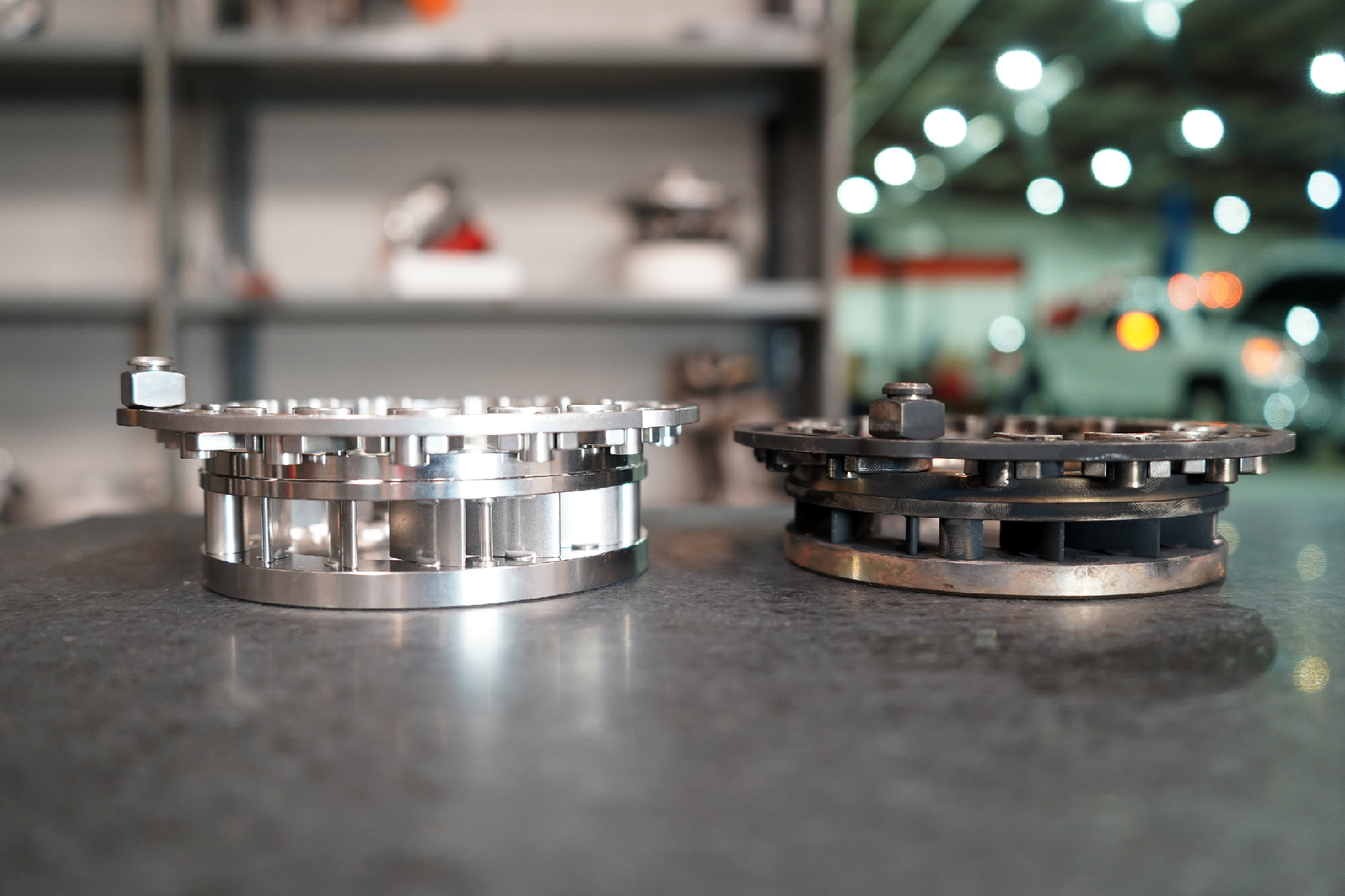 One of the biggest advancements in turbo design since we first started applying them to diesel engines over 70 years ago has been the invention of Variable Geometry Turbos. These turbos utilize a set of movable vanes on the inside of the exhaust housing that allows the actuator to vary the area in which exhaust gasses can pass through them. This allows the exhaust side of the turbo to increase or restrict the flow of exhaust hitting the turbine wheel. In some designs it also changes the flow direction of gasses hitting the exhaust turbine as you can see illustrated below.


When restricted, the velocity of the exhaust gasses increases which helps spin the turbine faster than a fixed geometry turbo would. This gives the turbo the ability to spool the turbine and compressor wheel up much better than it normally would even with a low volume of exhaust pressure traveling through the system. This helps to spool the turbo at lower RPMs to create boost where it would normally be lacking. This is why variable geometry turbos (VGTs) are such an advancement. They have the ability to significantly reduce turbo lag and provide much better response and turbo efficiency across a range of RPMs.