Your 2.8L Duramax Needs An Upgrade

The 2.8L Duramax came onto American soil in 2016 in the form of the Chevy Colorado and GMC Canyon.  This little Duramax is anything but small. This truck, and we can attest, gets the job DONE.

This Duramax is made to help you tow light loads and help that daily drive feel way more comfortable. It’s one of the reasons the SPADE tuning for this 2.8L platform has been immense. The immaculate MPG rating and towing capacity are what got you in the seat of this truck. GM really nailed it on this model and it continues to sell in large quantities. The 7,000 lbs towing capacity is more than enough for that pop-up camper, small boat, or that weekend race car making it out to the track.

When I told my wife about the truck, she said "Okay, if my truck is so great, why tune it?"

Well, as always, these trucks leave the factory with a lot to be desired. Tuning makes a night and day difference in your driving experience.  Adding switchable tuning setup to the truck is the difference between being able to tow the trailer, and feeling comfortable and safe towing that load behind you. Tuning adds reliability, better drive-ability, and it feels like a tougher truck overall. 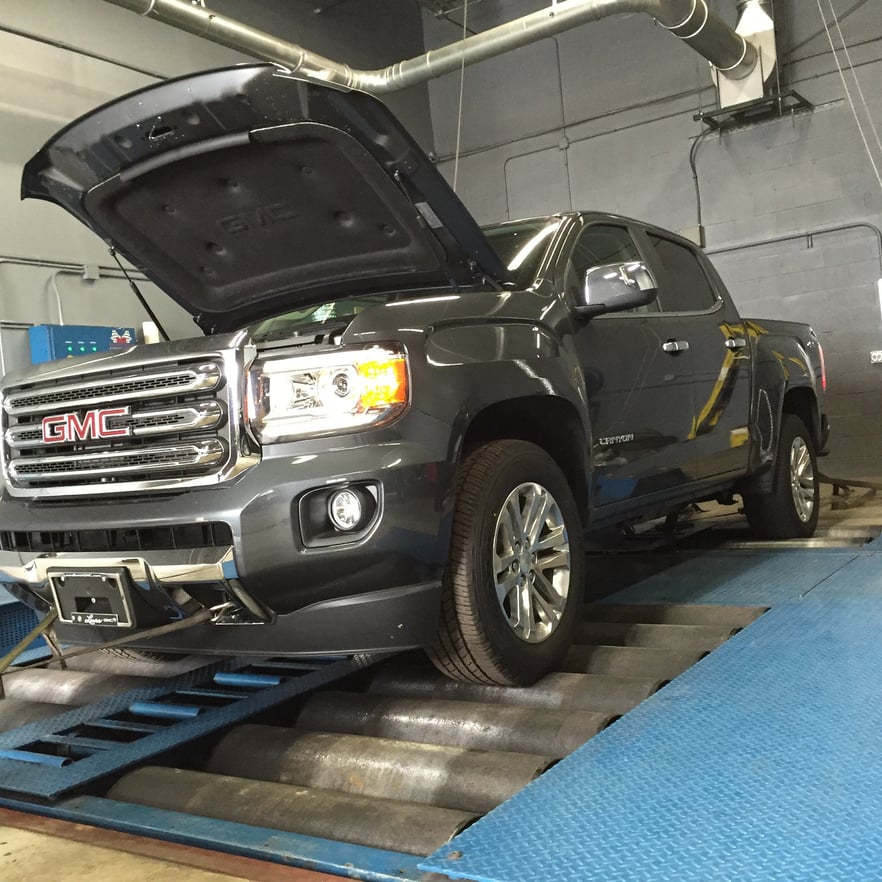 The 6L50 transmission that has been mated with this engine has been around for a quite a bit. The first thing we noticed when we drove our 2.8L was how out of sync the throttle pedal and acceleration rate was. The OEM tuning in the 6L50 waits too long before utilizing torque converter lockup.  It also leaves MPG on the table by shifting late and running unnecessarily high RPM.  In our TCM tuning, we take advantage of the torque made by this engine.  Shifting it sooner and getting the torque converter locked up to raise powertrain efficiency and give you the best MPG possible.  We also electronically control line pressure and shift timing to give firmer shifts and make sure the trans has enough hydraulic pressure to hold those clutches tight with the new found torque.

We were initially surprised that 180 HP was all the 2.8L Duramax had.  Once you drive it for a while on the factory tune, you get use to it. You bought your 2.8L to commute or tow.  With that being said, an extra 50 HP and 80 ft/lbs will wake your truck up and you will notice it too. That’s a big jump when horsepower starts out at 180. 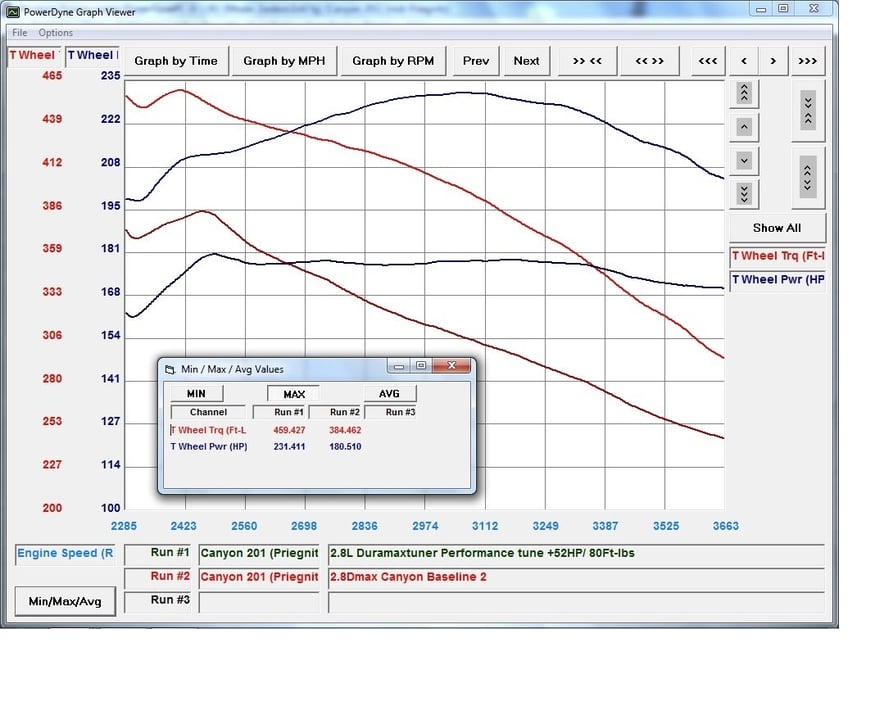 The factory torque curve is strong, but it's only a preview to what this engine is capable of. With the ECM and TCM tuning you can extend the usable power range.  This means the truck will be able to lug a high gear longer before downshifting.  This feature makes for a truck that runs lower average RPM and is quieter.  It also makes towing feel less stressful.  The truck becomes confident without constantly being shuffled by the trans to get to the meat of its torque curve.  Torque is everywhere!

Do you ever hit the pedal and wonder why the truck waits before getting up and going?  Or maybe you go to pull out into traffic or go to pass someone going ten under the limit only to have the truck double downshift and tach-out in the passing lane?  What you're feeling is the factory calibration delaying throttle response to get the truck up higher in it's rev range.  This is probably the most frustrating thing about these trucks and from the years of addressing this issue with their tuning, DuramaxTuner customers no longer have this issue and have the confidence to pull out in traffic or pass.

Alright, you want to push your 2.8L Duramax to do more for you. We got you covered, click the button above and one of our knowledgeable reps will reach out to you quickly!