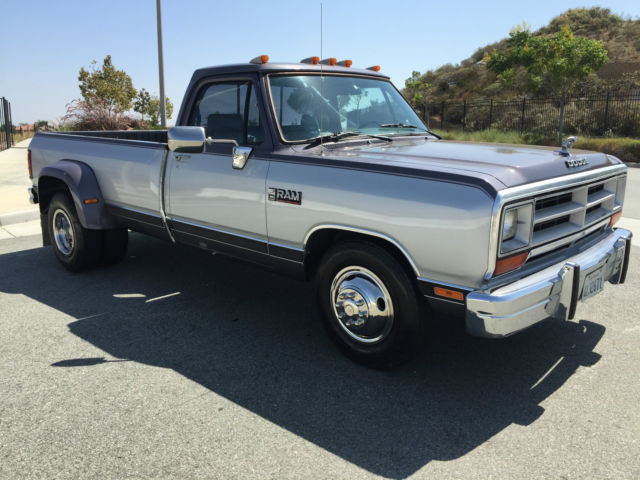 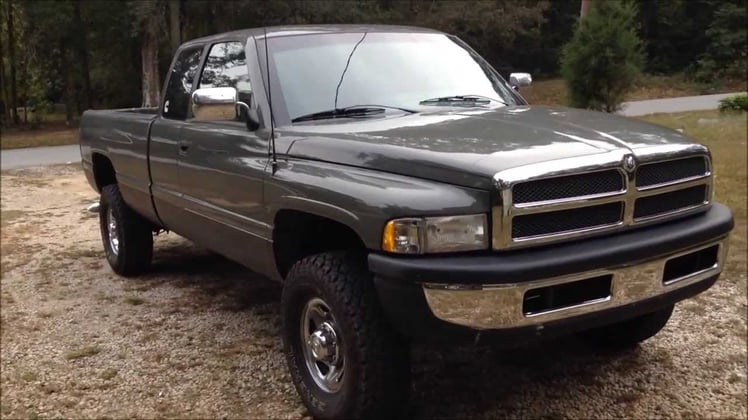 In 1994, the Cummins 5.9 liter engine would offer new changes that would see the Cummins sales skyrocket and the engines popularity to a new level. The Bosch P7100 P-pump would be the reason for this version of Cummins engine being sought after.  The new P-pump was built to meet emissions standards, designed to increase fuel pressure to reduce particulate matter, and it would have one plunger per injector.  In addition to the P-pump, the truck saw a new set of injectors.  245 BAR of the previous model was raised to 260 BAR with a PSI increase of about 200.  This truck also would see a revision with the camshaft, revised pistons, a larger intercooler, a new body style, and a wastegated Holset turbo. The transmission would also be updated in 1996 to a new four-speed auto, the 47RE. The horsepower ratings would start at 160 on the auto and by the end of this version's run would jump to 180 horsepower.  The manual would start at 175 horsepower and jump 40 horsepower to 215.  Between 1989 to 1994, the Cummins was the leader in torque output between the big three in diesel.  One thing to note, the first gen was the issue of the KDP "Killer Dowel Pin." It's a small dowel pin that was pressed into the engine to allow proper alignment of the timing cover.  This pin would bind and bind between timing gears and cause extreme damage. 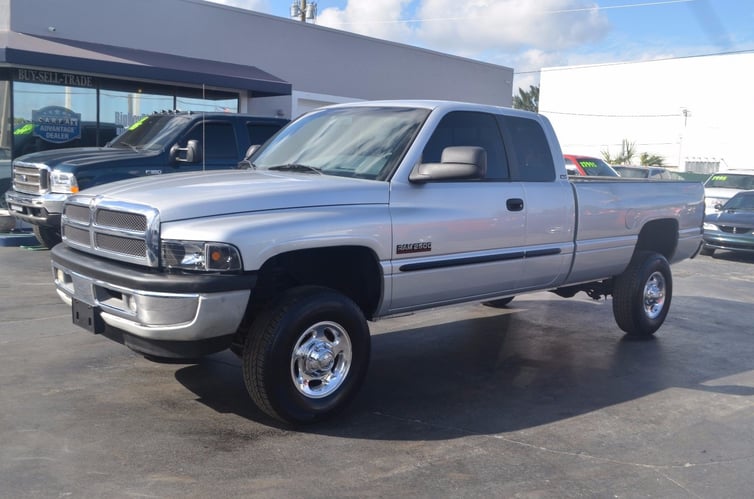 The Cummins would see another change in the trucks following 1998.  A major change was moving from 12 valve to a 24 valve.  Another noticeable change was the Bosch VP44 Injection Pump.  It was a half-mechanical, half-electronic rotary style pump. The pump would now have its own computer, controlling the pump's timing and injection pressure.  In 2000, the HX35 would be replaced by the HY35.  The HX35 was known for being slower to spool and Holset seemed to address this issues with the updated turbo.  One thing to note was that the HY35 was quicker to spool, but had a lot less flow at higher RPMs. These trucks would see  horsepower and torque numbers of 215 and 420 on the automatic transmission, as well as, 235 and 460 with the manual transmission.  By 2002 the automatic would see an increase of 20 horsepower and 40 ftlbs. of torque.

In 2003, Cummins introduced a new fuel pump.  The Bosch high pressure common rail injection. The automatic transmission was also updated.  The 48RE was introduced in 2003.  The 48RE was a 4 speed automatic transmission with overdrive.  Cummins would introduce electronic solenoid injectors, now fuel spray would be controlled electronically other than mechanically.  The main reason they made the shift was the increase in emissions compliance.  In 2004, the injectors would move from an eight-hole nozzle at 143 degree spray to a five-hole nozzle with a 124 degree spray.  With a change in injectors, Cummins had to upgrade the all cast-aluminum pistons.

The 5.9L Cummins, whether it be the 12 valve or 24 valve, has a multitude of fans. It's platform is a highly sought after truck, especially when it comes to guys wrenching and upgrading their rides themselves.  It has a lot to be said when every dirt drag, sled pull, or drag race event the older Cummins trucks are out numbering both the Power Stroke or Duramax trucks.  The 5.9L has been out of production for 12 years now, but it's legacy lives on and will continue for quite some time.