Does your diesel have High EGTs, Excessive SMOKE, Increased Turbo Lag, and Less Power than it used to? Let’s talk about boost leaks.

Your truck needs air! Not a little bit of air. Your diesel engine needs all the incoming air it can get. Increasing air in the combustion process will help manager your Exhaust Gas Temperatures, Limit your smoke output, and increase your power. 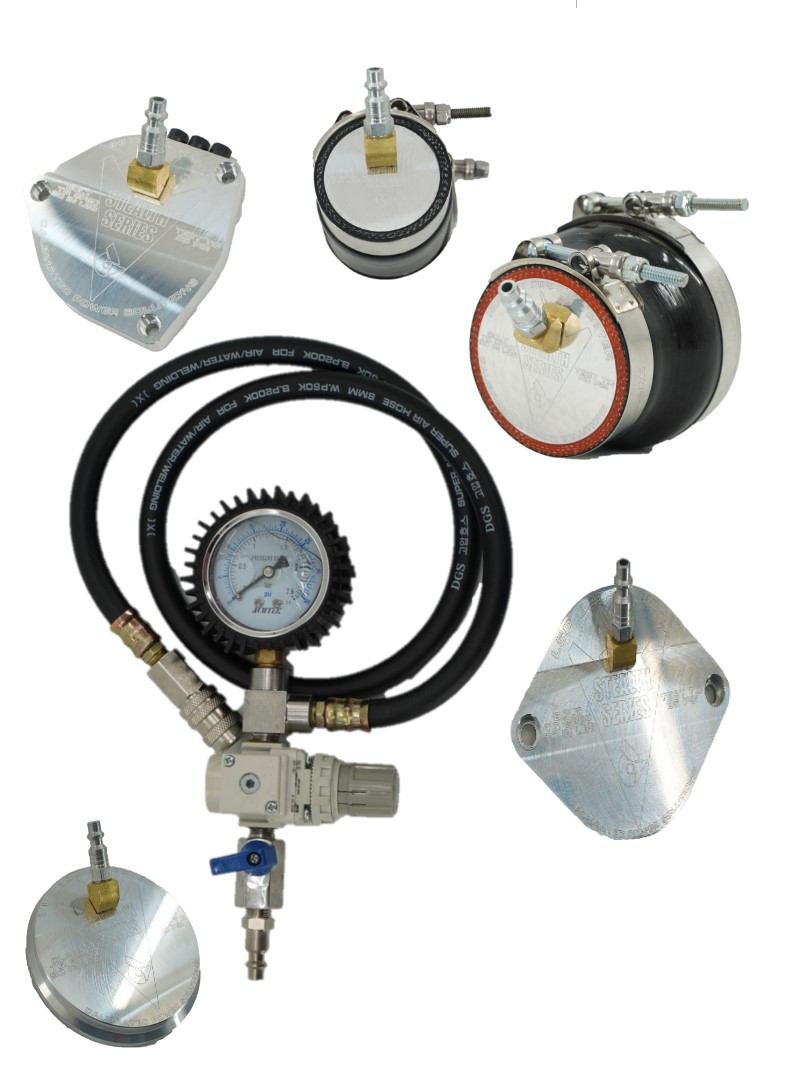 This is why boost leaks kill diesel engines. Boost leaks can result in a smokey, laggy, dog-of-a-truck, which runs hot and burns fuel. Basically, the exact opposite of what you want from your diesel.

Boost leaks commonly occur in boots and clamps throughout the charged air system. That’s anywhere from the turbocharger to the combustion cylinder. Your intercooler system, Exhaust Gas Recirculation components, and even the turbocharger compressor cover can all develop boost leaks over time.

Here is a great example of a truck that developed some common boost leak symptoms.

The truck is a 2002 LB7 Duramax with 140,000 miles. The turbo charger has been swapped 3 times in the last 2 years, all of the intercooler and intercooler piping are original and only the turbo gaskets were replaced during the swap. 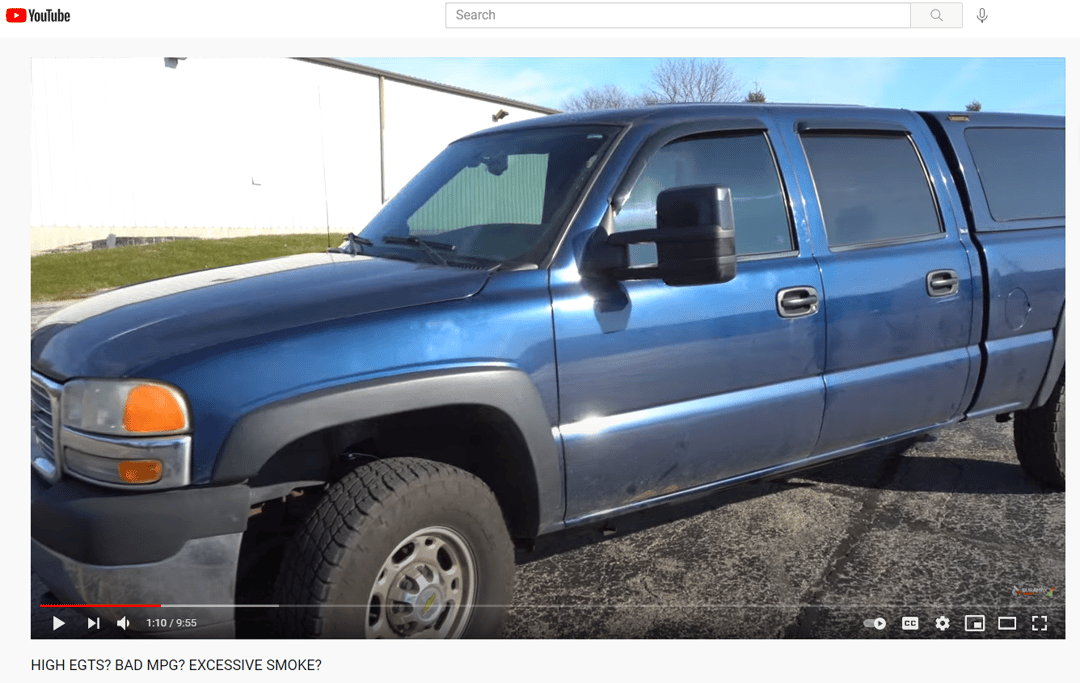 We purchased this truck about a year ago for product testing. It tows regularly, makes full throttle passes on the dyno and even gets taken to lunch once and a while. It’s the shop truck, so just about everybody here has driven it at one time or another.

Since the truck is not driven by just one person, who constantly watches the gauges and monitors its performance, the symptoms went unchecked for quite some time. Over a few months, smoke output was steadily rising, MPGs were dropping, and overall performance was increasingly lack-luster.

A test drive quickly revealed this truck had a mechanical issue. It could have been a bad injector, under performing turbo, or most likely, a boost leak.

Once it was brought back to the shop, We started collecting data. It turns out, the truck was down about 3 miles per gallon on the last 2 tanks of fuel. Someone mentioned that while towing recently with the truck, EGTs were very sensitive to any hills or inclines. And our most recent dyno pass even showed a slight drop in peak power.

While the truck has run several tuning revisions over the time we have owned it, nothing new had been flashed in the last few months. Clearly, we had a physical issue with the truck.

One of the first steps in most diesel performance diagnostics, should include a boost test.  This indeed revealed a problem. 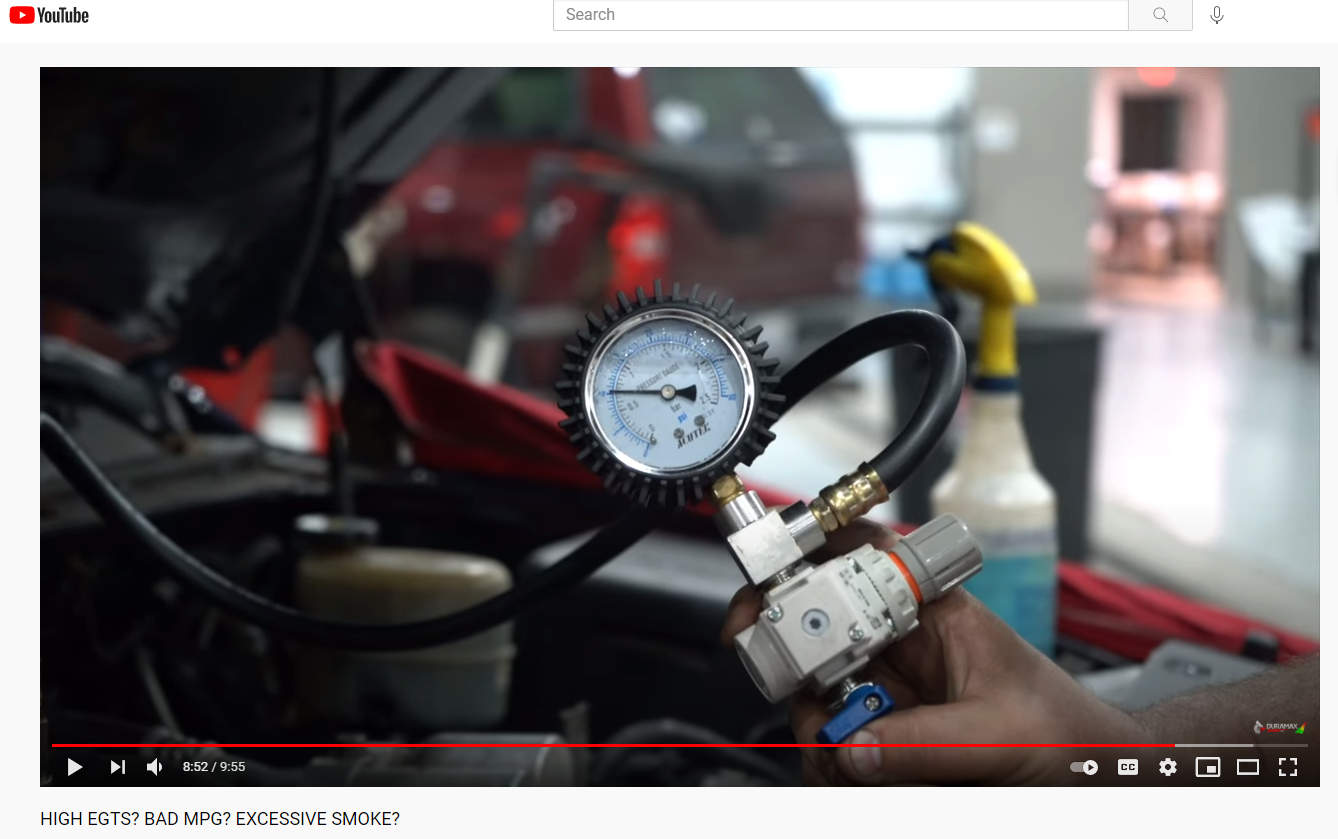 In case you missed it, we have this content also available on the DuramaxTuner.com YouTube Channel. You can WATCH THE FULL VIDEO HERE! Or, you can LEARN MORE ABOUT THE STEALTH BOOST TESTER HERE!