The common myth that deleting the DPF and/or EGR to make power has gone on too long!

If you've been looking for ways to push your stock 2011 - 2016 LML with more horsepower, you have probably heard a lot of good information, but also a lot of misinformation. Most of the false things you'll hear are "the DPF will fail adding more power," or "More HP is going to clog the filter," and our favorite, "Deleted trucks get better MPGs!"  While you'll see these comments all over forums or on social media, there is simply no actual science or facts to back these claims.  So how much can your LML make? With tuning and a lift pump, you can expect over a truck with over 500 RWHP.

IT'S UNDERSTANDABLE WHY THE DPF SYSTEM IS HATED!

Halfway through 2007 the Duramax was introduced with some new equipment.  The DPF (diesel particulate filter) to accompany the EGR that was introduced a few years prior.  That first generation of trucks (2007.5 - 2010) with the DPF really proved to be a trying time for Duramax and the new equipment that had to meet higher emissions standards.  What were some of the reasons these trucks had issues? One major issue was the DPF was far too small.  Another major reason was not fully telling the consumer what and how the regeneration process was.  Unfortunately, this caused a ton of failures and led to high costs for DPF replacements, leading a lot of owners to remove the equipment and use delete tuning.

What they though they found was better fuel economy, more power, and now no DPF to worry about clogging.  The detail most leave out is the fact that they took their trucks from stock to tuned to stop the truck from being in reduced power mode due to deleting the emissions equipment.  What they are seeing is an increase in power of course, tuning could at the time grab +130 RWHP for those LMM trucks back then.  What they didn't test at the time was DPF on vs DPF off POWER or fuel economy.  It's easy to state things with no proof to back it up.

These claims that followed the LMM over the LML platform, which through testing on the dyno at Duramaxtuner, has proven those claims to be inaccurate. The fuel saving gains are negligible when deleting the DPF/ EGR and power can be made with the emissions equipment still intact.  These things are more capable now due to the LML having a larger DPF, an improved EGR, and the addition of the DEF fluid in these models.  There are a lot of questions that come with tuning, power, and the emissions equipment.  Here are a few that we come across often:

1. How long is the regen process?

Our trucks used in testing, the number came out to 1 mile per gram of soot.  The DPF is 44 grams and each regeneration brings the grams to 5, it will take your truck about 40 miles to complete the cycle.  Be sure to allow your truck to burn out the soot.

2. How often will a truck go into regen?

3. How quick will soot accumulate?

It truly depends on how your truck is used.  While driving on the highway, it may be 1 gram every 25-30 miles.  Mixed driving should be closer to 20 miles.  One odd thing to note, during testing the gram counter jumps quickly between 1-10 grams, counts much slower from 10-19 grams, and then moves even slower from 20 grams and above.

It does.  The tune needs to be clean for the regen frequency to be kept near stock.  Duramaxtuner has always pushed for clean, smokeless tuning to help with fuel economy and regeneration.  The 520HP tune managed 700 miles between regens during our road testing.  This included driving the truck aggressively had little affect on the soot gram counter.  Early tunes tested on the dyno seemed to bombard the soot trap and fill the filter quickly with higher horsepower settings (superchips/HS/Hypertech).  If driven normally, these tuners won't fill the DPF as quickly as driving them with a lead foot. 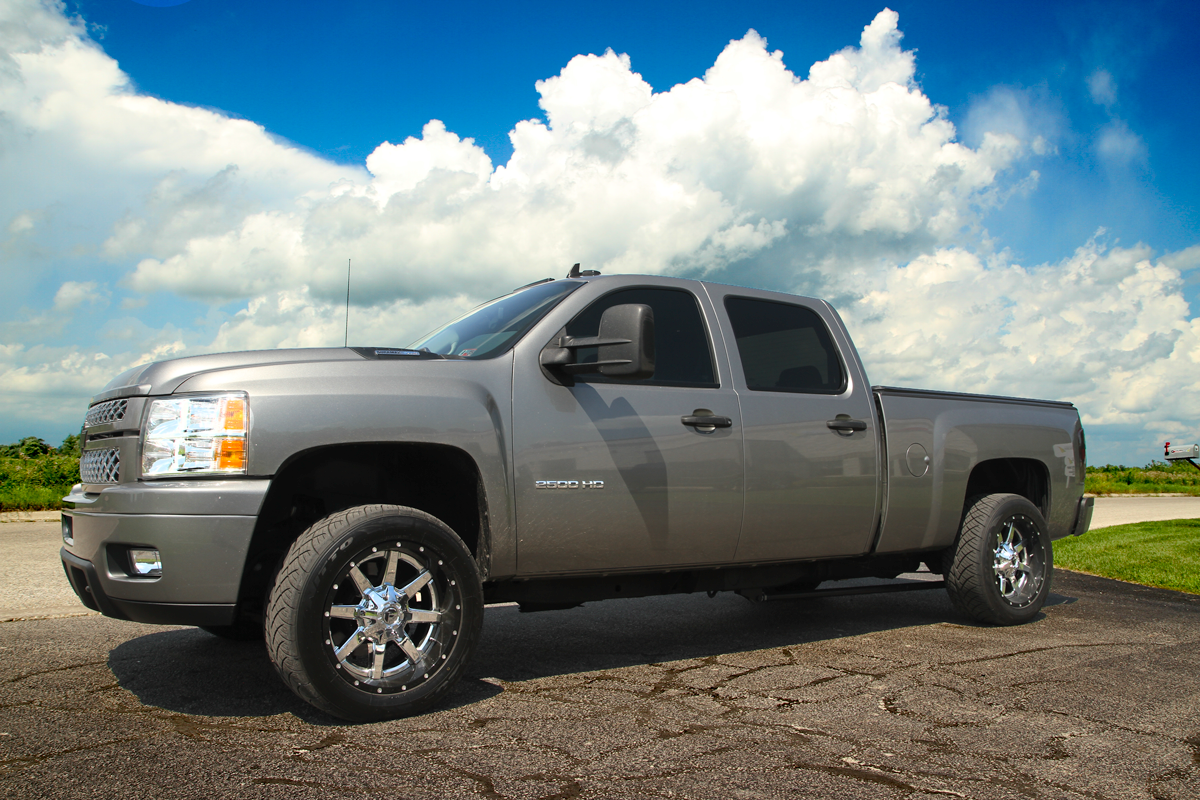 5. How much extra fuel does regen take?

In testing, we noticed that when driving before the regeneration process initiated we were seeing 19.7 MPG, once the process ended we would notice a fuel economy decrease by about .5 MPG.  This means you will notice a very small decrease of 2.6%  more fuel used during the regen cycle.

6. What kind of mileage can I expect?

Mileage has always been a major question for drivers.  While there are a ton of variables when taking mileage into consideration, you can see an MPG bump of 1-2 MPG with unloaded daily driving.  This is if you drive normally on highway while towing nothing.  You can expect to see the same to slightly more fuel economy, with that nice horsepower bump.

If you have any more questions about keeping your LML emissions compliant or any questions about tuning your stock LML, please click the button above and one of our knowledgeable diesel enthusiasts will get back to you.